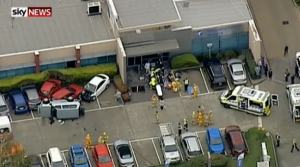 People around Australia were shocked when four-year-old Brax Kyle, who was walking hand-in-hand with his father, was struck and killed by an out-of-control car in a medical centre carpark at Berwick, in Melbourne’s south-eastern suburbs.

Detective Sergeant Mark Amos said the four-wheel-drive careened over a median strip into the carpark of the Epworth Medical Centre. “As he was negotiating a left-hand bend, the driver for some reason failed to take the bend,” he said.

The second shock came when it became clear that the driver was a 56-year-old man who had reportedly been returning home after dialysis treatment.

The Twittersphere lit up following this revelation, END_OF_DOCUMENT_TOKEN_TO_BE_REPLACED